David spent more than fifteen years as a journalist, including seven years as a crime reporter with the Yorkshire Post - walking the Hull streets that would later become the setting for the Detective Sergeant Aector McAvoy novels.

His writing is heavily influenced by the court cases he covered: the defeatist and jaded police officers; the competent and incompetent investigators; the inertia of the justice system and the sheer raw grief of those touched by savagery and tragedy.

He has written eight novels in the McAvoy series: Dark Winter, Original Skin, Sorrow Bound, Taking Pity, Dead Pretty, Cruel Mercy, Scorched Earth and Cold Bones as well as two McAvoy novellas, A Bad Death and Fire of Lies, which are available as ebooks. His first historical thriller, The Zealot’s Bones, is out now.

Dark Winter was selected for the Harrogate New Blood panel (where he was Reader in Residence) and was a Richard & Judy pick and a Sunday Times bestseller. Dead Pretty was longlisted for the Crime Writers Association Gold Dagger in 2016.

David’s Radio 4 drama, A Marriage of Inconvenience, aired last year. His first novel is currently being adapted for the stage. He has also written for the stage and has contributed articles and reviews to several national and international publications. He is a regular performer at literary festivals and is a sought-after public speaker. He also teaches creative writing.

David also starts to get all squirmy and self-conscious when he looks at stuff like this, so we’ll leave it there. 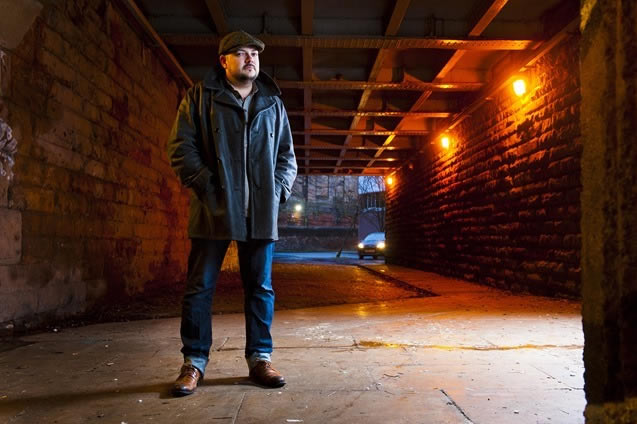 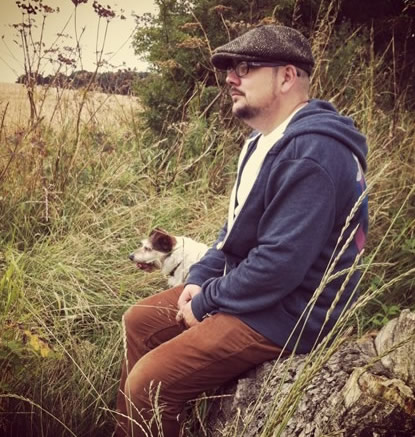 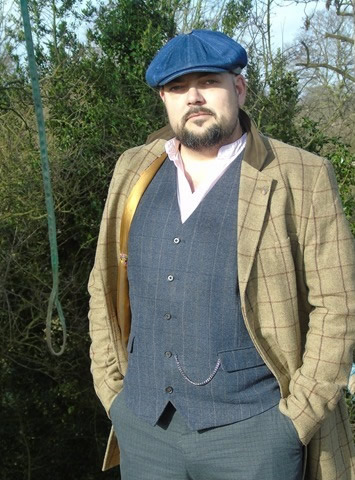 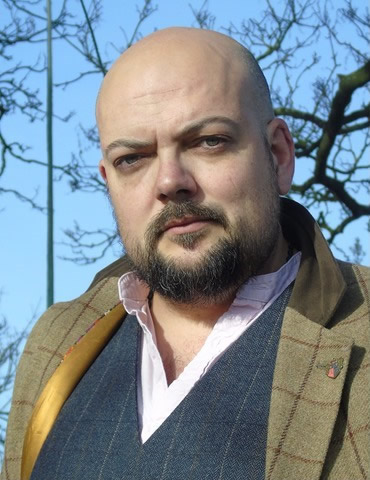 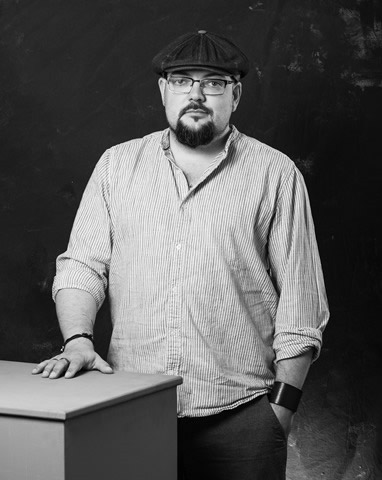 What is essential to writing good crime fiction? Do you stick to some sort of formula or do you break all the rules? Do you read a lot of crime fiction or thrillers as well?

I read everything I can get my hands on. I love thrillers and psychological fiction but it is rather difficult to read them for pleasure now that it’s my day job. It’s hard not to read with an air of comparing the market. I don’t really take any notice of rules, either in the writing process or in life. Actually, I do have one – if the novelist has mentioned the make and model of a car by the end of the first paragraph, the book isn’t for me. And for God’s sake, don’t start off with a dream. For me, it’s just a case of meeting interesting people and twisting preconceptions on their head. Listen to the radio a lot. People who phone DJs are particularly inspiring – they always seem like the sort of person who could be a killer or the killed. Listen to your inner voice. When some dullard is telling you about their tedious problems, think of ways to kill them, and why. It’s less risky than actually doing it. And you think I’m joking.

Scroll through more Q & As

Do you think you could pull off the perfect murder?

It’s very easy to pull off the perfect murder. Just kill somebody you don’t know. The trouble is, the only people I have ever wanted to kill are the people to whom I have quite an obvious connection so it hasn’t been worth the risk, as yet.

If you could suck the creative genius out of any other crime writer and use it as your own who would it be and why?

I think I would rather suck the marketing genius out of certain writers so I could work out how to become a juggernaut bestseller. But if you’re really asking, and you think she counts as ‘crime’, then Margaret Atwood all day and every day, as she is simply sublime in both character, story and delivery.

Does the kettle qualify as technology? I hate technology, to be honest. I have to use the damn stuff but I’d be delighted to go back 20 years and steer the world away from its obsession with phones and tablets and websites. I do think we’ve taken a wrong turn as a people.

Are you a daytime person or more of a vampire?

I write during the day and think during the night so it’s hard to say. I’m not a great sleeper and I don’t have to go to an actual job so I’ve never really had to make that distinction. I’m certainly never going to be the last person to leave the bar and still be up drinking at 5am. I prefer to be in bed by 11 with a book – preparing for eight hours of gnashing my teeth and dealing with heartburn.

Scallops and black pudding, followed by fillet steak with peppercorn sauce, then sticky toffee pudding, a cheese course, a coffee, a brandy, more brandy, an After Eight, maybe a Bailey’s, then onto the whisky. Actually, can I see a wine list…?

On a desert island that you’ve randomly crashed on, which 5 people would you like for company?

For a long time, my answer would have been that I wouldn’t want any company at all. But I’m lucky to have found somebody who makes everything seem more tolerable, so my fiancée would be there. Elora, too, though she would be getting booted into the lagoon if she moaned about being hungry. After that, I’d take Monica Bellucci, Ray Mears and Nigel Farage. Monica to look at, Ray to keep me alive, and Nigel because it would bring me pleasure to see him deal with the existential crisis of being a foreigner on uninhabited shores.

What is your taste in music like? When in doubt what do you listen to?

I like most things and have always had a fondness for jazz, but I guess my era is mid-nineties, so it’s a lot of Britpop and banging Indie tunes. Anything that makes me feel 17 again. I don’t listen to music when I write as it turns everything into an overly dramatic scene with soaring strings and panning shots.

Who would you trust as your partner in crime?

I don’t trust anybody. Probably my daughter, Elora, as she has a dark soul and can lie very convincingly. But even she would blab in exchange for cake.

Writing and Research
Getting Personal
Videos 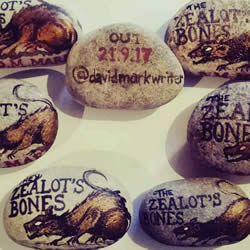 Sign up to get the first chapters of The Zealot’s Bones to read now and the chance to win a Zealot’s Bones stone paperweight. You'll also receive occasional updates, news about events, special offers and the opportunity to win signed books.